Welcome to 'A Walk in the Forest'

The event is in partnership with Heritage Vancouver.
Media contact: Michael Kluckner (604 251 3353) or mkluckner@gmail.com

(Not surprisingly, this campaign is not endorsed by the Park Board or VanDusen Garden staff. Many volunteers and members of the VanDusen Botanical Garden Association do support the retention of the building.)

The building known as the Education Centre (also the Forest Education Centre) is a modernist masterpiece lost in the forest of an untended section of VanDusen Garden. Built in 1976, it was originally known as MacMillan-Bloedel Place, named for its donor, the largest forestry company in what was then the largest industry in British Columbia. Its unique educational displays, including a 50-seat theatre, were called "A Walk in the Forest."

Architect Paul Merrick, working then as chief designer for Thompson, Berwick & Pratt, set the pavilion into a small hill on the edge of a lake in the northwest part of the gardens. Its green roof was one of the first in the city, and its unique internal columns used some of the finest wood in British Columbia. It won the Canadian Architect Yearbook Award of Excellence Award in 1974, and was constructed by Halse-Martin of Vancouver. It was once an object of pride for the city, VanDusen Garden and the Park Board. 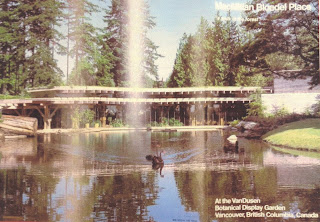 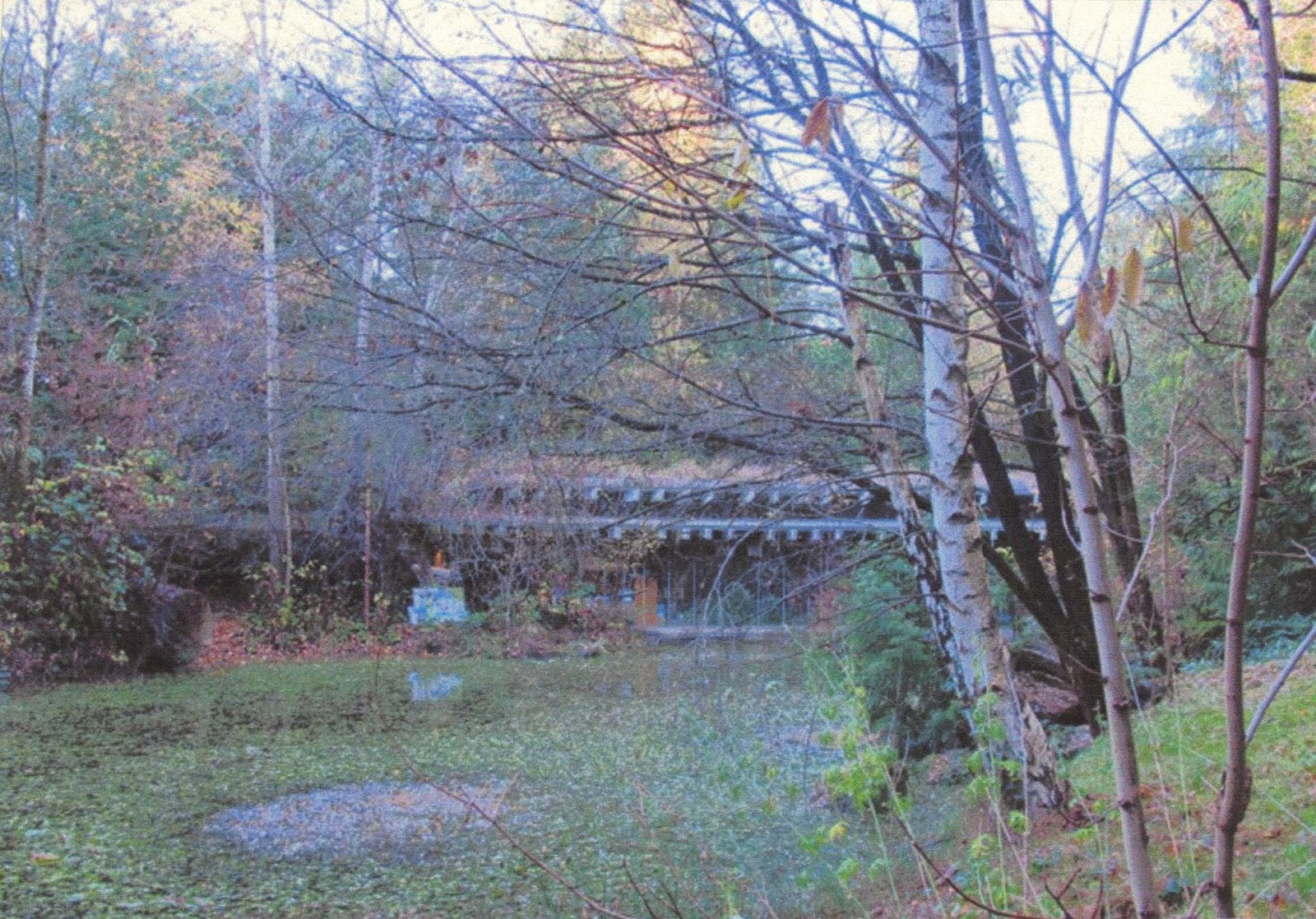 As it was last autumn (photo by Christine Allen)

Why demolish it? The Park Board has a policy whereby a building must go once a new one is completed, which seems fair enough on the surface. The "new building" in VanDusen's case is the splendid new Visitors Centre on Oak Street. However, "A Walk in the Forest" cries out for a creative reuse, as an environmental education centre, an artists' space, a ... ? Erasing it would eliminate a piece of the city's architectural and cultural heritage just at the point when the city (in the wake of the Waldorf Hotel closing) is casting about for existing buildings that could be repurposed and supported.

Please come out on Saturday (the weather forecast is promising!), take some pictures, make a piece of artwork and share stories with others. We'll get the message across that the Education Centre is too important to lose.

I will try to post all pieces of artwork submitted here pertaining to the building and its surroundings.